3 Reasons Your Teen Should Be Reading Comics

You might not know it, but comics have been around in some way or another since ancient times. The caves of our ancestors used images to tell the stories of hunts and rituals; the palaces of ancient Egypt are awash with the visuals to tell of traditions lost with time; kids in the 1950s paid a dime for copies of Superman; and now, comic book publications are more developed than ever, with entire teams of people dedicated to writing, drawing, and producing content on the shelves of gaming, book, and comic stores. And that’s not even counting the thousands of independent comic artists and writers across the country! 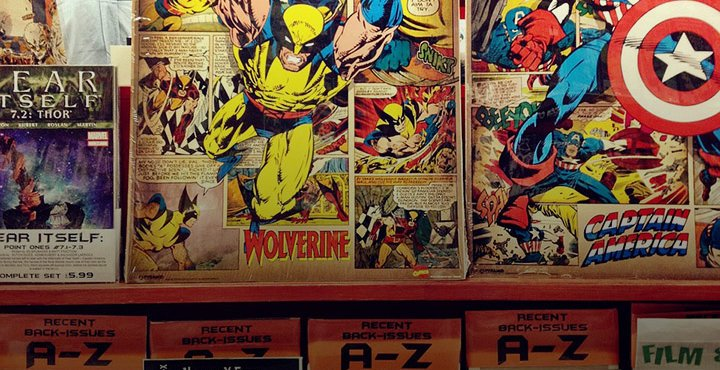 The power of visuals to tell stories and reach a demographic of “non-readers” has been in plain sight all throughout human history, but many parents are still hesitant when they catch their teenagers reading comics. Despite their prevalence, comic books still come across as “fake” literature to many adults, and there’s a stigma that comic books aren’t healthy for kids and teenagers to read. However, the fact is that many of the best teen books are actually comics! Comic books and graphic novels don’t only serve as creative outlets and awesome introductions to literature for non-bookworm teens, but they even work as fantastic educational resources for teachers and parents. Here are a few reasons why you shouldn’t shy away from letting your kids read comic books.

Comics wouldn’t be comics without the pictures, and while critics of comic books claim supplementing text with images is precisely what “dumbs down” comic books, it might actually be just what makes them the perfect learning tool! It’s easy for anyone—even adults—to tune out while they’re reading. Everyone is familiar with the concept of rereading a paragraph over and over again only to realize they haven’t absorbed a single piece of new information. The great thing about comics is that readers have to slow down, focus on the meaning of the words, and pair them with the picture in order for the book to make sense! Slowing down and absorbing the information is a built in part of comic books.

Learning disabilities like ADD and ADHD are becoming more and more widely recognized in millions of teens. For kids with these disorders, practically nothing is more intimidating than staring down an entire page of text. Failing to absorb the information on a page or focus for long periods of time might make them feel like they’re no good at reading and might even make them feel like they’re stupid. However, comics break down text into digestible chunks while still telling an intricate story! This is the perfect way for kids with ADHD—even ESL learners—to grow in confidence in their reading comprehension skills and develop an interest in literature.

Reading comprehension isn’t the only way comic books can help teens learn. In fact, comic books are great tools for introducing complicated issues in a wide spectrum of subjects, all the way from history to math! Bishop O’Dowd teacher and cartoonist Gene Luen Yang used his own comic books to help his students understand complicated math concepts, and he claims the comics helped even more than video and in-person lectures. He claims comic books engage the brain differently than videos, pictures, or text alone, and readers completely control the pace of their learning. Yang isn’t alone in his approach, and many teachers across America have begun using comics in their classrooms.

One reason many parents don’t want their kids reading comics is because they think comic books and graphic novels distract their kids from “real” literature. They feel comic books aren’t capable of delivering the same complicated perspectives as the literary classics and prescribed school texts. Garfield, Calvin and Hobbes, Batman, and Superman are nothing but jokes and capes, right? Wrong.

Children’s comics like Peanuts and Calvin and Hobbes are fantastic for young readers as well as teenagers because they introduce hard concepts like grief, mental health, and death in manageable chunks. The Calvin and Hobbes strip where Calvin tries to take care of a baby raccoon only to have it die soon after is a great example of familiarizing young readers with a complicated subject. This is obviously great for kids, but the perspective can even teach teens and adults valuable lessons, too!

Apart from Sunday strips like this, comic books and graphic novels come in all different formats. Superhero comics like Spiderman and Batman often have detailed and well-researched psychological subplots that hold up well against most novels, and non-hero comic books like Alison Bechdel’s Fun Home, Will Eisner’s A Contract with God, and Art Spiegleman’s Maus explore concepts ranging from mental health to religion to World War II history. Just like literature and art, comic books are capable of exploring seriously complicated concepts, and their appeal to teenagers makes them great starting points for your teenager to begin exploring serious concepts in the arts!

One of the best parts about comic books is how they engage their readers in a different way than any other medium. Scott McCloud, an expert on comics, has written several books on the subject and delivered an eye-opening Ted Talk as well. Comic books, with their unique combination of words and pictures, explore time, language, art, and storytelling in completely new ways. Ancient civilizations and sci-fi utopias can be drawn side by side to create evocative juxtapositions, different artistic techniques are used to draw out different emotions, and comic writers can play with internal thoughts and dialogues with almost infinite approaches.

Teenagers are in a serious phase of brain development, and their social and creative energies need to be stimulated and evolving as much as possible. Comic books are a great starting point. By spending time to read and analyze the content in comic books, teenagers are hard at work using critical reasoning skills to break apart the text in front of them. Not only do comic books provide a new way for teens to learn, but they give an entirely new lens for teens to view the world around them and become critical, creative, and intellectual thinkers.

Andy Earle is a researcher who studies parent-teen communication and adolescent risk behaviors. He is the co-founder of talkingtoteens.com, ghostwriter at WriteItGreat.com, and host of the Talking to Teens podcast, a free weekly talk show for parents of teenagers.